As a New Mexico native, I eat more than my fair share of chili peppers. During late summer and early fall, there is an abundance of anaheim peppers available all over the state. We refer to them simply as “green chiles” and they are a staple in our diets. During prime chile season, you can find large rotating chili roasters in front of grocery stores, and shoppers can buy chiles by the box full and have them roasted. Let me tell you, the smell is amazing.

If you’re not in prime chile season, or not a native New Mexican, you can still roast fresh chiles at home, and put them up to enjoy all year long.

There are a lot of different hot peppers that you can choose from, including bell, cherry, anaheim, jalapeno, serreno and habanero. The size and type of peppers will determine how they need to be roasted. Whatever pepper you choose, make sure to select peppers that are crisp, tender and free from brown spots.

This method works best for large peppers, like anaheims and bells:

There are two easy ways to cook peppers. In the oven, or on the grill. Both methods work great, but we generally prefer to do ours on the grill, so we don’t heat up our house.

To roast the peppers in the oven, preheat oven to 450 degrees. Wash peppers and place directly on racks in preheated oven. Roast 5-10 minutes, flipping them over halfway through with tongs, until the skin of the peppers is starting to brown and pull away from the flesh. Remove using tongs and place in a large bowl. 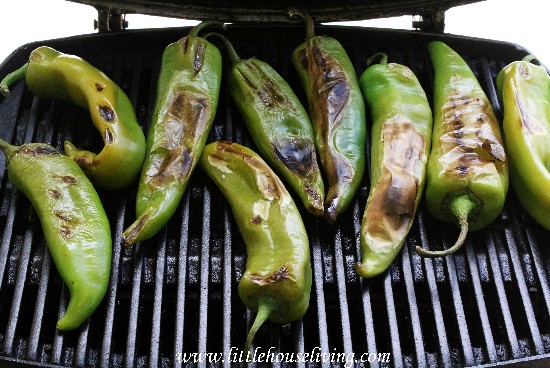 Place warm and roasted chilies into a large bowl, and cover with a clean towel. Allow them to “steam” in the bowl for 30 minutes to an hour. This will help the skins come off easily. 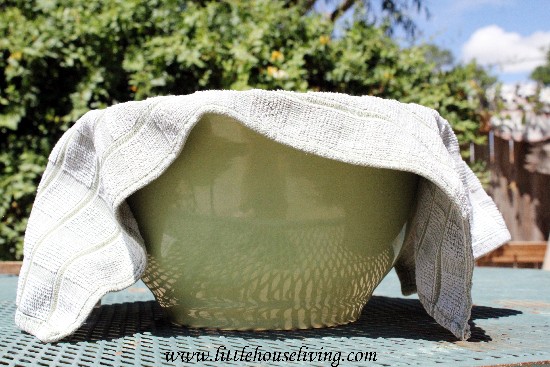 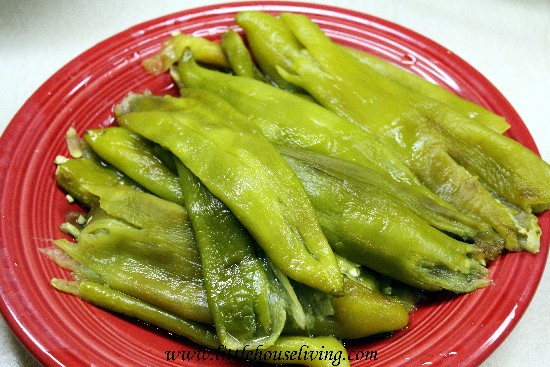 You can leave the peppers whole, or dice them. Place peppers into a freezer baggie, push out the air and seal. With whole peppers, I generally store 6 peppers per quart bag. Write the current date on the outside of the baggie, and place into freezer.

This method works best for smaller peppers, like jalapenos, serranos and habaneros:

Preheat oven to 450 degrees. Wash peppers, then remove stems, membranes and seeds. Slice in half lengthwise and place onto a cookie sheet. Roast in preheated oven for 5-10 minutes, until starting to brown and soften. Remove from oven and place into plastic freezer bags and store in freezer.

Peppers will keep well in the freezer for 6-12 months. Past a year, they won’t spoil, but they may lose some of their flavor, or become hotter the longer they are frozen.

Have you ever tried preserving hot peppers? Which kinds?