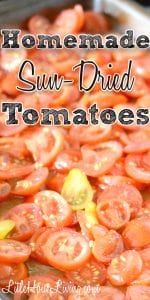 Yes, this is probably my favorite little snack and luckily enough, I don’t only have to enjoy them in the summer, I can preserve them an feast on them all winter long!

I’ve gotten a lot of grief on this recipe over the years since they aren’t actually “sun-dried”. However, the store calls them Sun Dried Tomatoes and these are similar to the store version so that’s what we call them too. 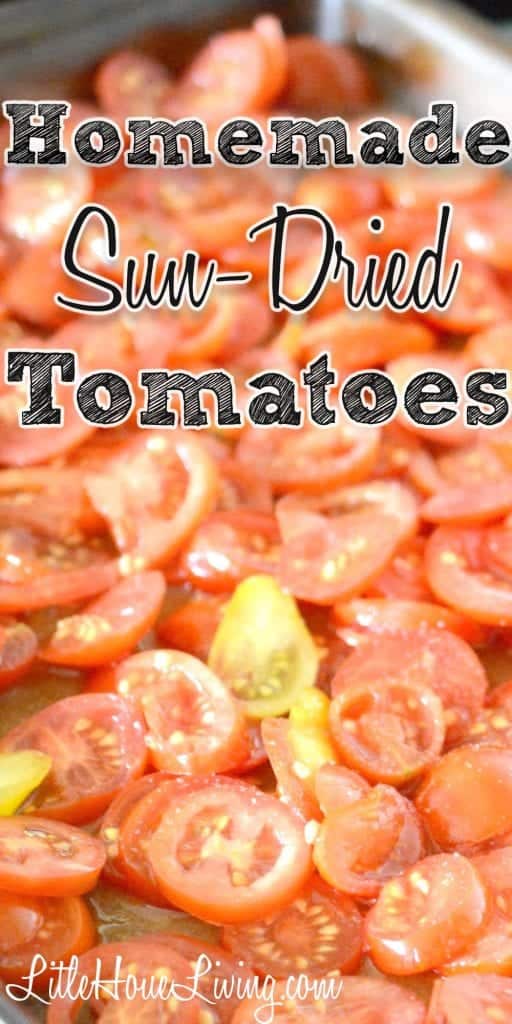 Here’s my yummy recipe for making Sun Dried Tomatoes. I love these things but they are so expensive and the ones from the stores come full of sulfates which my son and I are allergic to. These homemade tomatoes are only a good deal if you grow the tomatoes or you get them from free. This recipe takes A LOT of tomatoes and the cherry tomatoes are very expensive per pound. I do not have exact measurements or times, it’s just one of those recipes that you do with what you have! 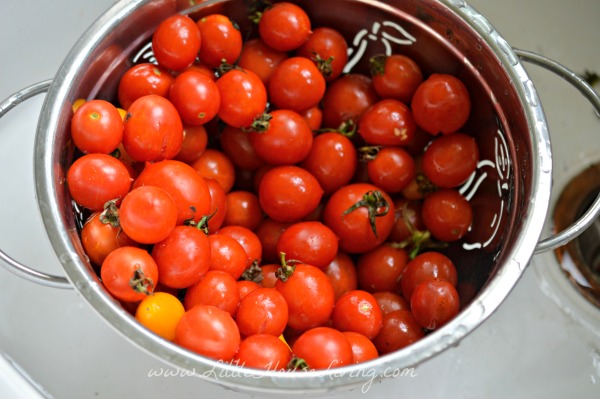 Cut the little tomatoes into tiny slices. I usually get 3-4 slices from each but it depends on the size of your tomatoes. I love using my Tomato Knife for tasks like this.

Place them on a cookie sheet or jelly roll pan and separate them so they lay flat on the pan. Once you cut enough to fill up the tray drizzle olive oil on the top (the amount depends on you, I like mine a little crispy so I add less oil) then sprinkle salt on top of that(again the amount depend on how you like it). 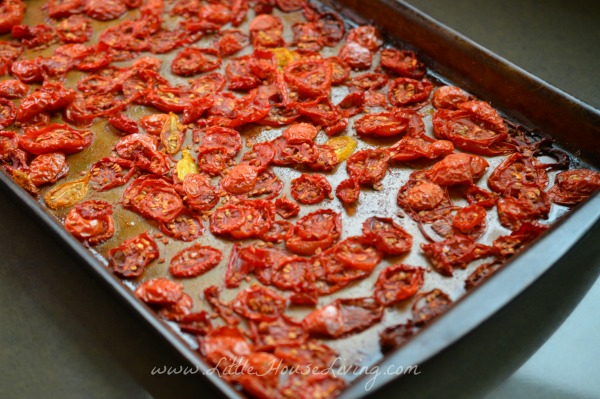 The thriftiest way to cook these is to make at least 2 full pans and put them in the oven at the same time. Cook them at 275F for several hours. (At least 2-3) I just check on mine every so once in a while to make sure they are ok. 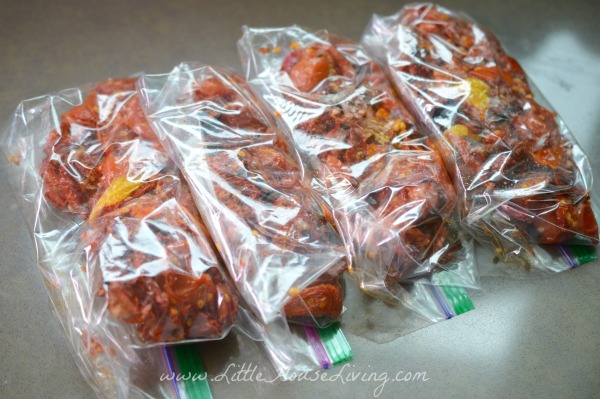 To store these I put several scoops into a baggie until it’s partially full (I only put as much in a bag that I will use at a time) I fill up several bags like that and then put 4-5 of the little bags into one freezer bag. These freeze very well and it only takes about 4 seconds in the microwave to revive them. 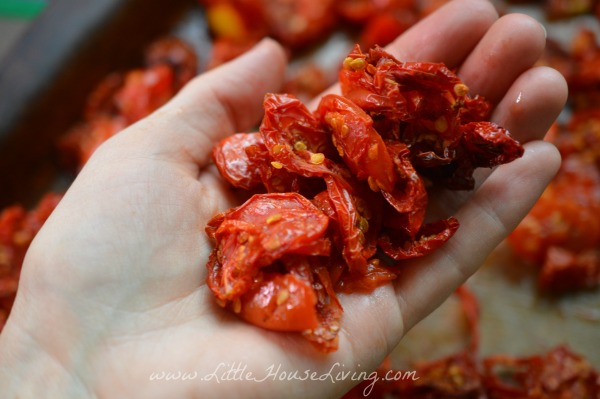 These are excellent on pizzas, pastas, or just to eat!

Enjoy this video on how to make sun dried tomatoes!

Have you ever tried making sun dried tomatoes? Which are your favorite tomatoes to dry?

Welcome to Little House Living! My name is Merissa and it’s nice to meet you! I’m a wife, mom, and missionary just trying to make the most of what our family has. If you are looking for real life and not perfection, this site is for you! I love to write about frugal and simple living.
I’m glad you’ve found your way here!
Want to keep in touch?
Contact me
Sign up for my Newsletters.