In our last update in our Fulltime RV Living journey we told how we were planning on taking off in October to travel fulltime. Everything we moving smoothly and we were very excited. We purchased a camping membership, had our first travel routes planned and the campgrounds picked out. We’d been working hard on getting everything ready inside the camper for traveling and we had a really big rummage sale and sold everything we had left that we didn’t need to take with us or that wasn’t a memory item.

That was until Friday the 13th.

No, I’m not a superstitious person at all. I don’t believe the date was any more than a coincidence but it certainly will always be remembered as the day where our lives were turned upside down.

A call from the realtor that was selling our house was all it took. Through no fault of ours (but thanks to a crooked appraiser and a few others that apparently don’t care about other human beings!) we learned we were going to lose thousands and thousands of dollars on our home and there was nothing we could do about it. (It’s a long story but trust me, if there was something, anything that could have been done we would have done it.) Our entire world, all our plans, all our dreams for the next few years…gone in an instant. With no back up plan.

Over the weekend we tried to come up with what we could do. There’s no way we could travel with that much debt from the house still over our heads, I’d never feel comfortable and we’d never be able to pay it off. So all our travel plans went out the window. We considered staying where we are currently at and living in our camper but that would require living in the same campground for at least 2-3 years before the debt was paid off and I wasn’t very excited about that prospect either, plus it would be very hard to pay off the debt with campground expenses on top of our camper payment. Not to mention my husbands job was about to end in a matter of weeks. I’ll admit that I spent most of my weekend in tears. It seemed like such a dead end.

We turned to another plan. After we were done traveling we planned on buying land so we decided to look into that idea. We even went and looked at a few places but then we talked it over with the bank and discovered it was not financially possible. (Huge down payments on land, plus the costs of digging a well, building a driveway, septic, ect.) Back to the drawing board….

During some part of our land search, this small little farm popped up. My husband thought it was so cute and we both agreed it was incredibly priced (aka less than what we pay on the camper, no kidding!), but I wasn’t interested. I didn’t want another house and the problems that go with it. After all of this searching (which was only in a matter of a few days but seemed like forever!) we still didn’t know which direction we should take and just kept praying that doors would be opened for us, even if they weren’t doors we planned on or thought about or even were comfortable with. We would take what we were led to. We really didn’t have another option. 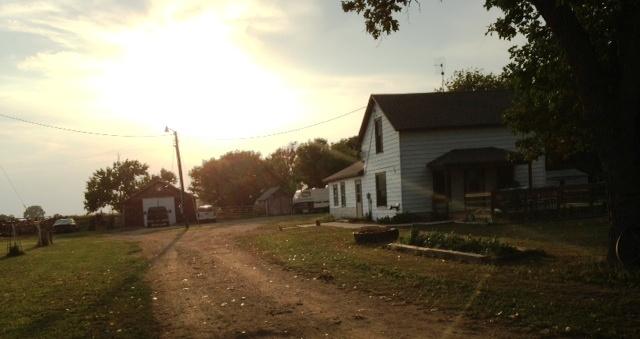 After some debate I decided we should go look at the house. It was just 4 hours drive from where we are now and I figured that when we looked at it my hubby would be able to see it wasn’t for us and we could move on.

Once we got to the house I felt something I didn’t think I would feel. The little farm was perfect for us. Small house (but I still felt like it was HUGE compared to the RV!), a small amount of land but big enough for animals, the ability to be self sustainable (alternative heat, huge garden, well, ect), and it just fit. So with all our other options exhausted we decided that we would put in an offer and see what happened. If it was accepted (Our offer was lower than the asking price, which was already low.) then we knew it was meant to be.

Twelve hours later we had an accepted offer and were on our way to being farm owners!

I’m still in shock over the happenings of the last 2 weeks. In a single week we found the house, made an offer, got it accepted, and more. In just 4 weeks (as long as everything goes ok with inspections and appraisals) we will move into our tiny homestead and farm. The camper will be sold and our dream of traveling will be put on hold until it’s meant to be, if it’s ever meant to be. Oh and believe it or not the hubby already has secured a job in our new town so no stressing over that! It just so *happened* that his exact job that he is trained and licensed for, was available in the town next to the homestead. It’s less pay than what we are used to but we are determined to make the most with what we have!

Those are the positives and that’s what we chose to look at. If I started to think about the negatives my heart will be in a sad state again. And our journey is far from over yet to get moved into this homestead. Plus we have no furniture since we got rid of everything and no money to buy things with for a while so it could get pretty interesting, but since we know this is where we were led, we trust that it will all work out in due time. 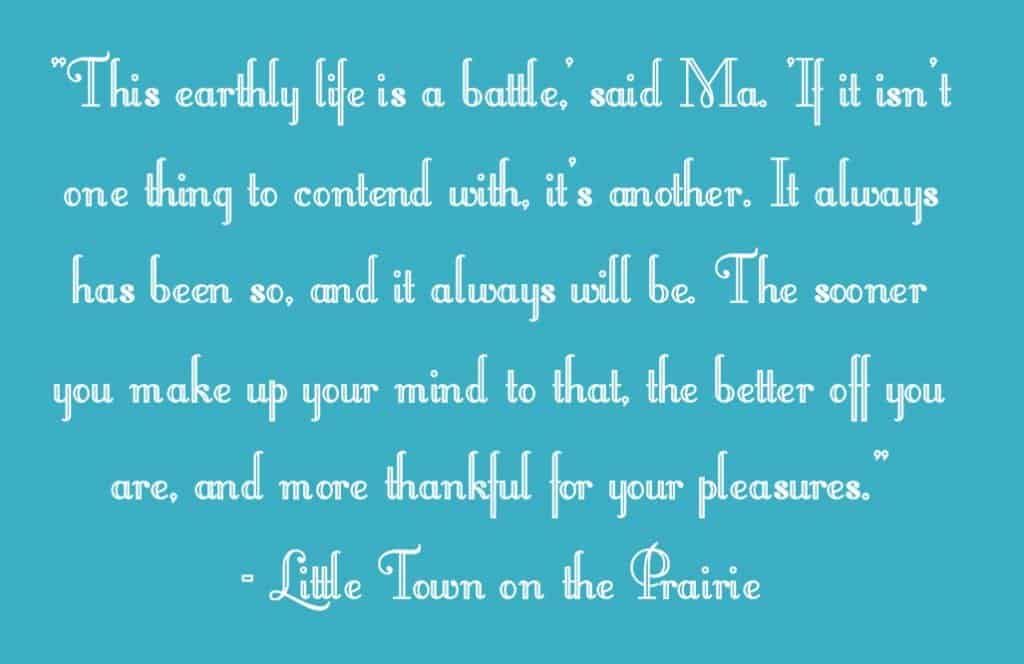 Sometimes life throws us things like this. Even though at the time it seems like the end of the world and you feel like you’ve lost all your bearings you just have to keep believing there is something better for you out there, even though you can’t see it yet. After we got our news I felt like our world ended and we were devastated and felt lost, but deep down we knew that the right path would be there for us, we just had to look for it and start knocking on doors waiting to see which one would open. Like I said, even though our journey is far from over and probably about to get quite interesting, we trust there is a plan in all this.

(P.S. If you’re feeling that same way right now I highly recommend this song. It was SO incredibly encouraging to me last week.)

When was there a time when you felt like your entire plan for life changed in an instant? How did you cope? 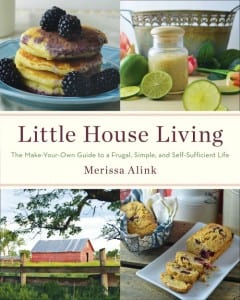