This is part 5 of the story I have been typing up here, handwritten by my great-grandma born in 1892 in South Dakota.

Another time, we had a fire in our house. Something told me to leave my clothes on when it was bedtime. I didn’t remember what time, but the fire started at night. I had been painting and spilled linseed oil. I wiped it up with a rag and left it, but after 6 hours, combustion caused it to start a fire. My brothers saved the house by dipping water from a nearby cistern.

I had a big job cleaning afterward as everything was left greasy and yellow. Twice a year, Mother and I would whitewash our kitchen. It looked so nice and clean. We had a lot of flies in those days – I wonder where they all went.

Another thing, our bed mattresses had to be filled with fresh corn husks every fall. We stripped feathers from geese and ducks for pillows. We had to do this while the bird was alive and we didn’t like that job. Then we butchered the poultry for the table.

One of the times I looked forward to was threshing time. Steam engines would whistle in the neighborhood. I liked cooking for all of the threshers because there was a lot of young men. I was the only girl at home so one can see why I was needed there. I was always the cook and housekeeper but I never did have to work in the fields.

In the year of 1921, at the age of 29, I married Frank. During the war, the army had changed his last name, taking out a C. That’s how he was discharged and that is how we always spelled our name. He is today buried next to his father who’s marker has the correct spelling.

Frank and his brother were in the same battalion when they served overseas. Frank hauled ammunition in a wagon pulled by horses.

Our wedding was as simple as they come and I made my own wedding dress. There was money, but people didn’t spend money on a wedding like they do today. Showers for the bride were never heard of so what little I got, I valued richly. The first year of our married life, we rented a farm 8 miles west of town and it belonged to my sister in law. We lived there for 17 years. 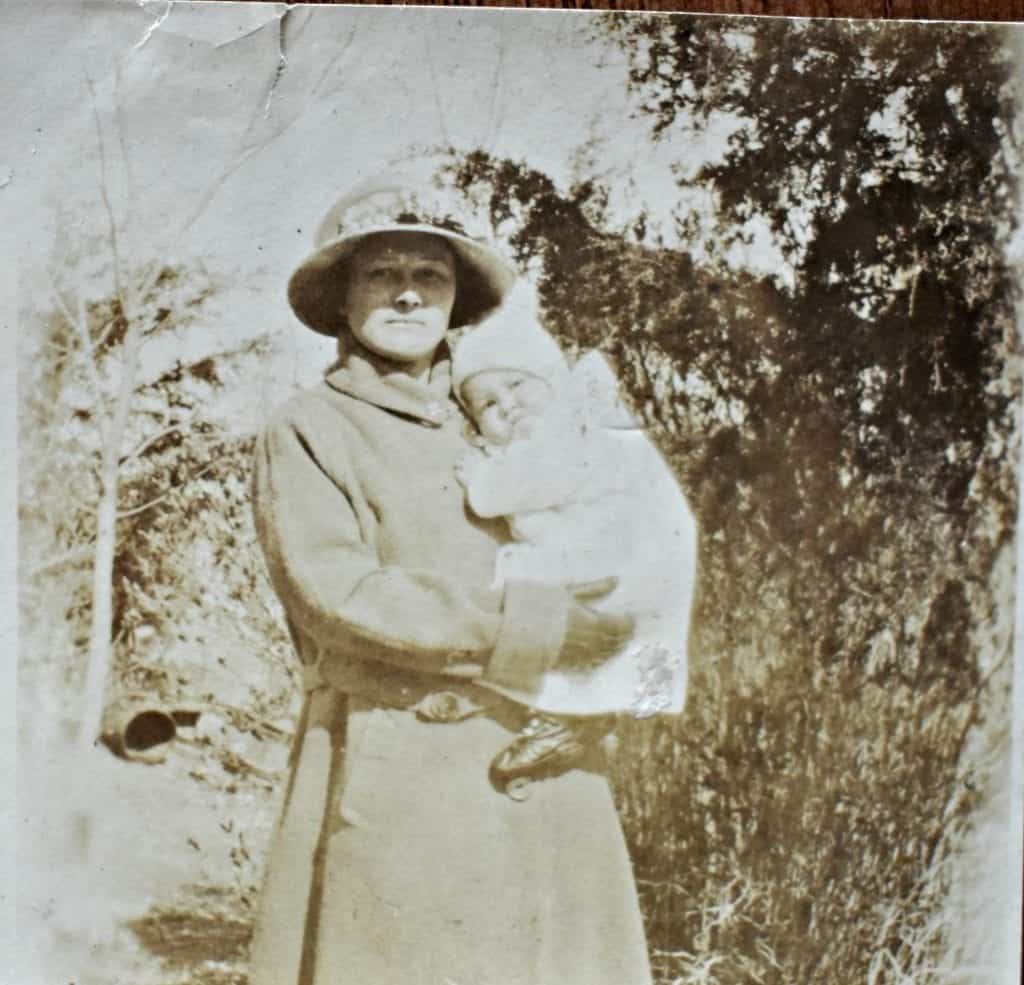 More to come soon! We’ve made it halfway through Anna’s story now but there is much more to come.