When I was young I remember we would go out to lunch after church sometimes at a certain restaurant that served Hush Puppies. I always thought they were so tasty and neat and that the restaurant must go through a lot of trouble to make them. 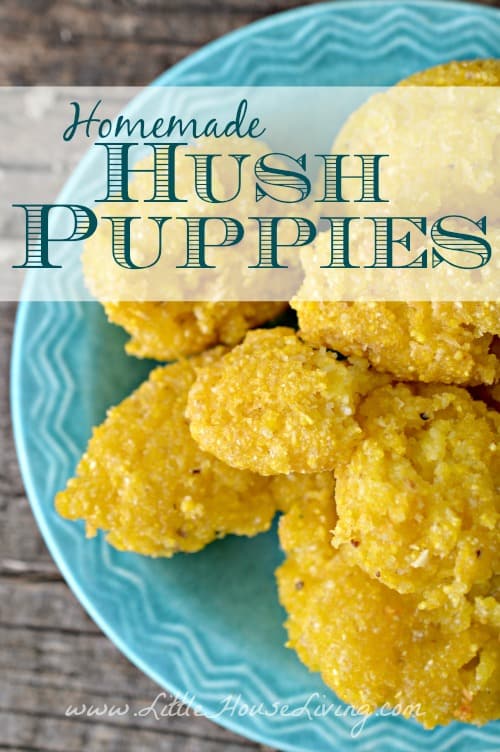 Of course, that was before all of my make-your-own food experiments! Since going out to eat isn’t a part of our lifestyle, but I still want my children to know what it’s like to enjoy a meal with a side of Hush Puppies, I decided that it should be next on my list of things to learn how to make.

While researching a recipe that would work I came across many that had a bunch of ingredients and complicated steps to make them. It just didn’t seem like a little puff of corn would be that complicated to make….

So the recipe that I’m sharing with you today is the pared down version of Hush Puppies. Something that you can make for pretty cheap and with fewer ingredients, but still have that same great taste.

Do you know the history of the Hush Puppy? If you live in the south you probably already do, but being from the far north I had to look it up to learn! Cornbread has always been a popular dish in the south and around the time of the Civil War it was discovered that versions of cornbread could be made by frying the dough. The term “Hush Puppy” came into use when hunters and fishers would quickly fry cornbread dough and feed it to their dogs to keep them quiet while they were working. Traditional recipes can be made with everything from buttermilk to eggs. 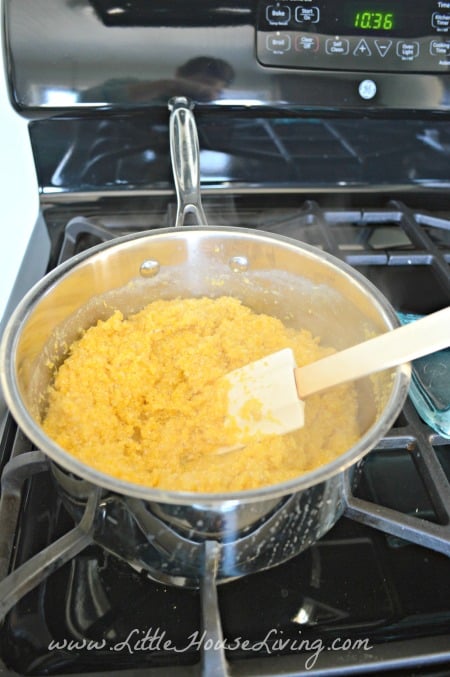 In a saucepan, bring the water to a boil. Add in the cornmeal, sugar, salt, baking powder, and onion powder. Stir until the mixture is smooth.

Remove from heat and add in the butter. Let the entire mixture cool for about 5 to 10 minutes. Use the time that it’s cooling to heat up the oil for frying. 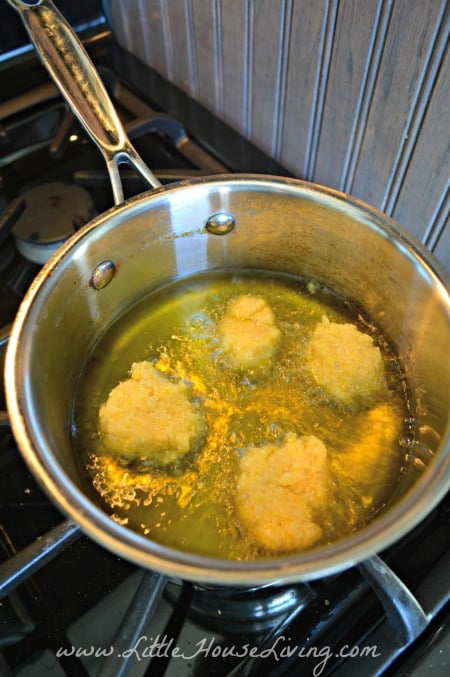 Dip each Hush Puppy into the oil for a few moments (turning as needed) and fry until golden brown. 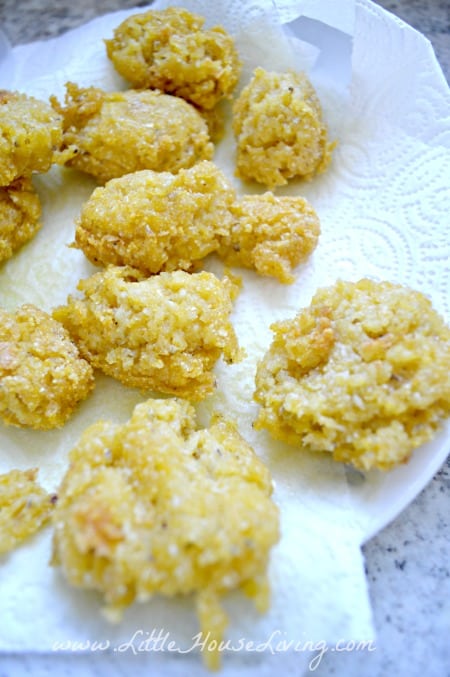 Drain on some kind of toweling before serving. 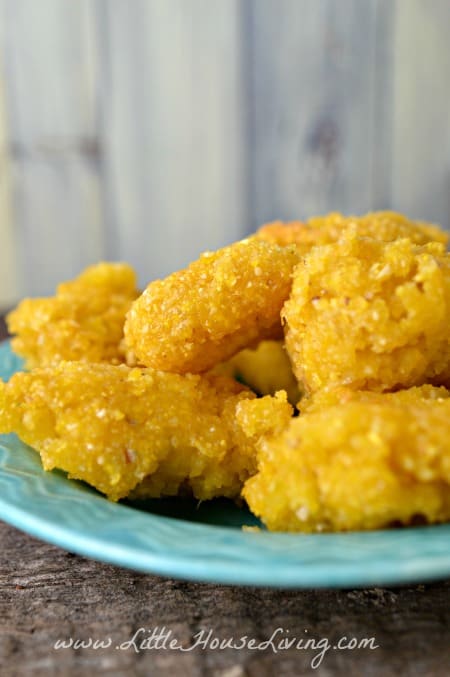 Serve warm as a side dish to a favorite meal or with some kind of dipping sauce. Enjoy!