If you remember my update from last week I mentioned about how we were moving from the spot that we’ve been living in to a new home with limited electric. Due to issues with poor management in the place we were workcamping we knew we were being caused undue stress and it was time. This wasn’t a decision we made lightly but unfortunately no amount of planning would help us with what happened next.

So we moved out on Sunday to our land. We do have water here and limited electricity. For the first day I was thinking, “We can really do this!” I can get along quite well without most things and since it’s summer we don’t need many lights, and I mostly already cook with propane already. By the end of day one I thought this was just going to be great.

Bring on the dawn of day two. It got hot…really really hot in the rv. Over 90 outside. I had all my fans plugged in and it wasn’t working. I tried turning on a single a/c and it didn’t work with the small amount of power we had. So that night we decided to install a larger amperage service to go to our rv so I could at least run a single air conditioner.

Well I’m sure you know that even the best of plans with people that know what they are doing can go very wrong. We had the right equipment and the right people and did most of the right things…except one. And when the camper got plugged in to it’s new home for the first time I heard popping noises and smoke starting pouring out of the tv in the living room and the bedroom. Yelling I got the hubby to get it unplugged but the damage was already done. One small honest mistake and our electronics were gone. I’ll be honest, I was hot, tired, and so frustrated and after this happened I just had to sit down and have a good cry. In every way we’ve felt led to be on this journey that we are on and then this week comes along and nothing goes right. We plugged the rv back into our very limited source to at least have something again until we could get this fixed. After we quickly discovered the issue we got it fixed and were able to get a little more power flowing. (Enough to run the air on and off.) 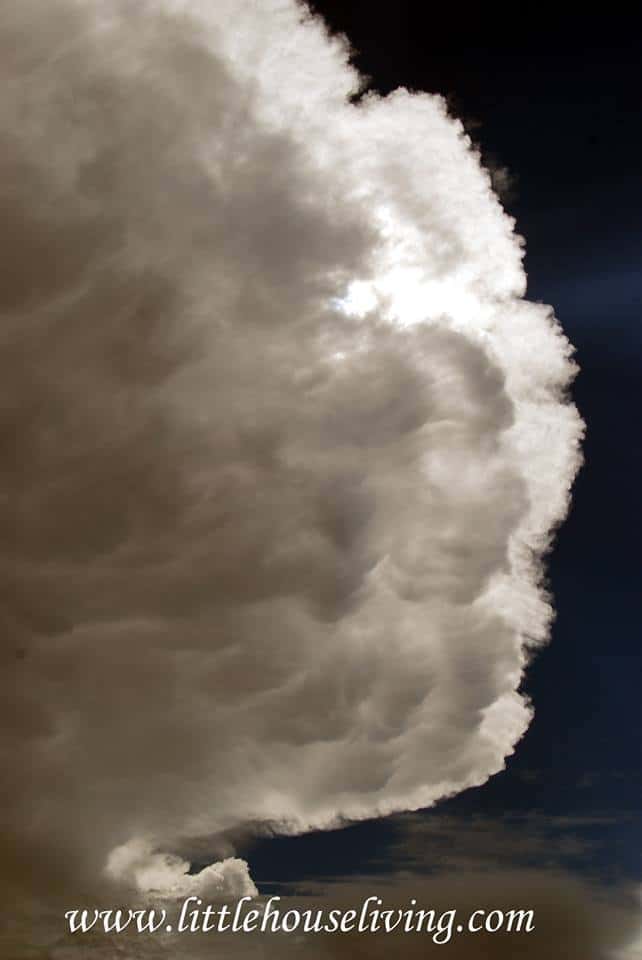 The next day I decided to get in gear and do whatever I could to make some extra income and replace all the things we lost. After a long hard day of working like a crazy girl I had made enough to replace just one of the electronics. We headed into town to the store to get it, when we came home the caper was completely dark. No lights, the fridge was not on, the water heater was not on, nothing. We were very confused and upset. After everything we did to fix this we lost it all again?

After more investigatory work and a trip to Walmart at midnight, we had it up and running again. It turned out that we also fried the converter (which makes everything run!) and it will need to be replaced. At the moment we are charging the batteries with a temporary converter and running off battery power. (Side note, I’m completely impressed with our batteries in the rv!)

So what’s next? We have no idea. For once I’m very glad that we have nothing major happening to us today and it’s overcast so it’s cooler here and can be kept cool in the rv with fans alone.

So that’s our update…that’s what’s going on with our fulltime rv living journey. We knew going into it that it wasn’t going to always be easy but I didn’t imagine it being quite like this! Hopefully by our next update I will have some better news for you all, but at this time I’m trying to remember that there is beauty, even in the storms.