You are here: Home / Simple Living / Farmhouse Renovation / Renovating the Farmhouse Landing – Before

The landing in the farmhouse is the room right when you come up the stairs. It’s actually the same size as the second bedroom (which is downstairs, directly under this room) so it’s basically a 3rd bedroom.

When we first walked up the stairs in the house I really just didn’t know what to say about this room. You are about to see why…. 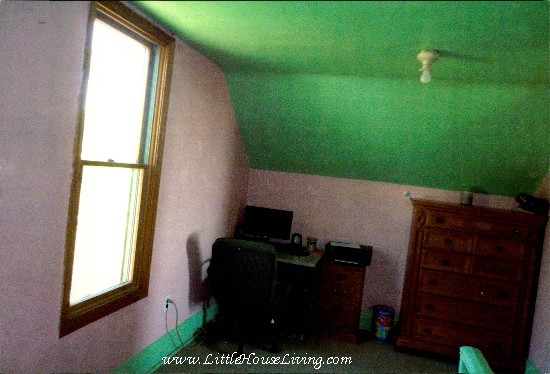 This is the east wall. There is a nice large window in here and that’s about all the nice things I have to say about this room….the carpet was stained, the paint colors are…..well there are no words. No light fixture, just a bulb on the ceiling. 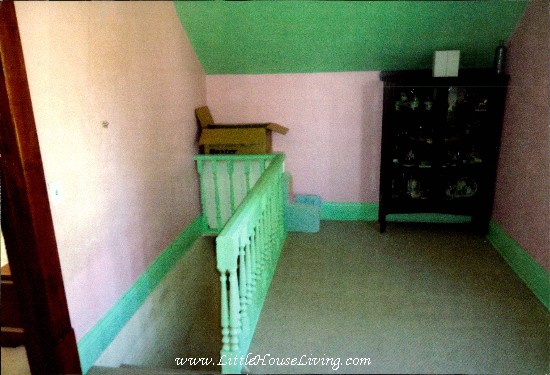 Here’s the west wall where you can see the staircase coming up to the upstairs. There was a weird section about a foot wide on the end of the railing that made for an awkward storage space. This entire room looks incredibly small . 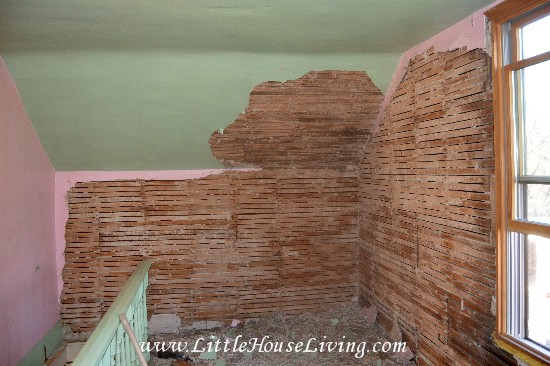 Like most of the rest of the house, the walls in here were all plaster. The upstairs rooms’ plaster was in very rough shape. It was cracked and coming off of the walls already. 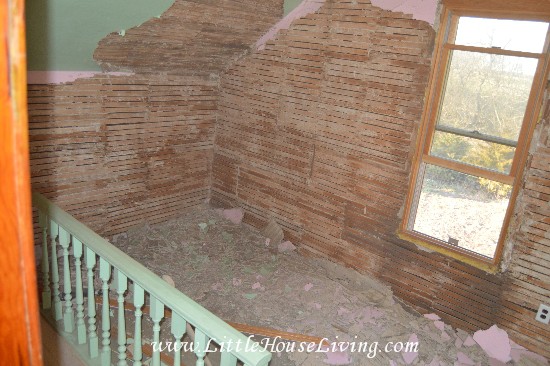 In case you have no experience with it…plaster is a pain. And a really really big mess. On a nicer note, this room has a lovely view of my garden to be! 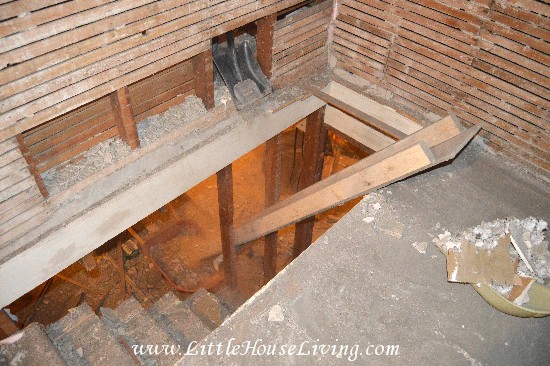 It was very difficult to move the plaster out of the upstairs rooms and hauling buckets up and down very narrow stairs was not going to be an option for my hubby! He built this flume that went from the upstairs down to a wheelbarrow in the living room. Very useful but what. a. mess! 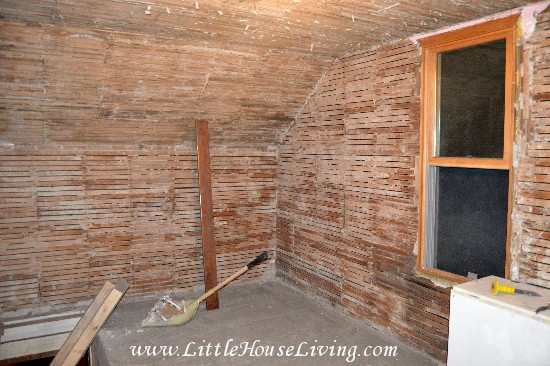 Here’s the room after the plaster was all off the walls, yay! It looks so small in this picture. 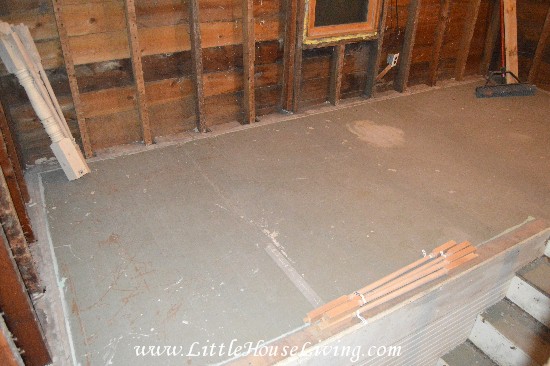 After we ripped up the carpet  we discovered that the wood floor was painted. It was still in pretty decent shape though. We removed the spindles. While they were really cool since they were original, they were in very unstable condition and quite brittle. We didn’t think it was fixable or safe for a home with a little one and we’ve decided to repurpose them for something else. 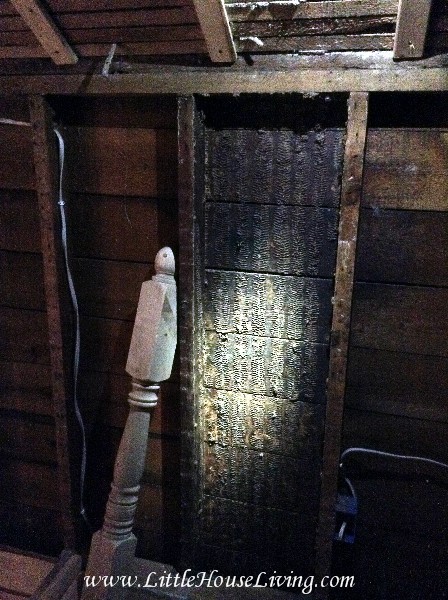 That was a BEEHIVE! Thankfully it looked like it hadn’t been used in a very long time and it just needed to be torn out. I couldn’t imagine living in a home with a huge beehive like that but since we discovered that the house was most likely abandoned for several decades, it was most likely active when the home was empty. I hope! 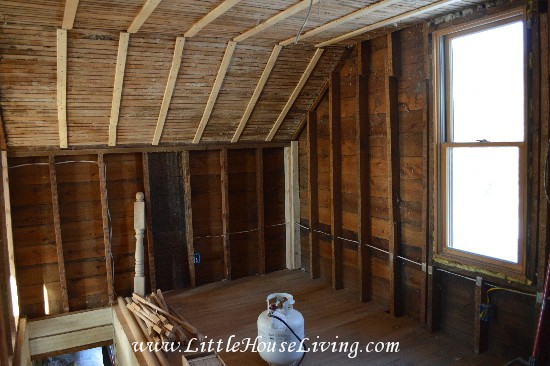 Here is the west wall after the lath was removed. You can see the darker section in the middle where the beehive was. 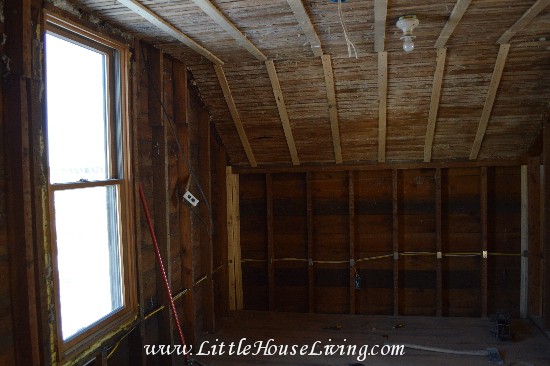 Here’s the east wall while the new wiring was going in and the ceiling was being reinforced and straightened. It looks bigger already just from getting rid of all the ugly paint!

See the After Pictures here!