This is part 7 of the story I have been typing up here, handwritten by my great-grandma born in 1892 in South Dakota.

My mother lived with one of my older sisters after her husband passed away. She came and visited us from time to time. She loved our children and they loved her. They both learned to speak the Czech language fairly well as she insisted they speak to her in her language.

My girls never had a store bought thing to wear until they started high school. I sewed everything for them, coats and all. They helped around the farm a lot, carrying wood for the stove and helping me when they could. My husband always wished he had boys because he was pretty sure the girls would just marry off. They proved to him that they could milk cows, operate the hay rake behind a team of horses, put grain in shocks during harvest time, and herd cattle when it needed to be done. 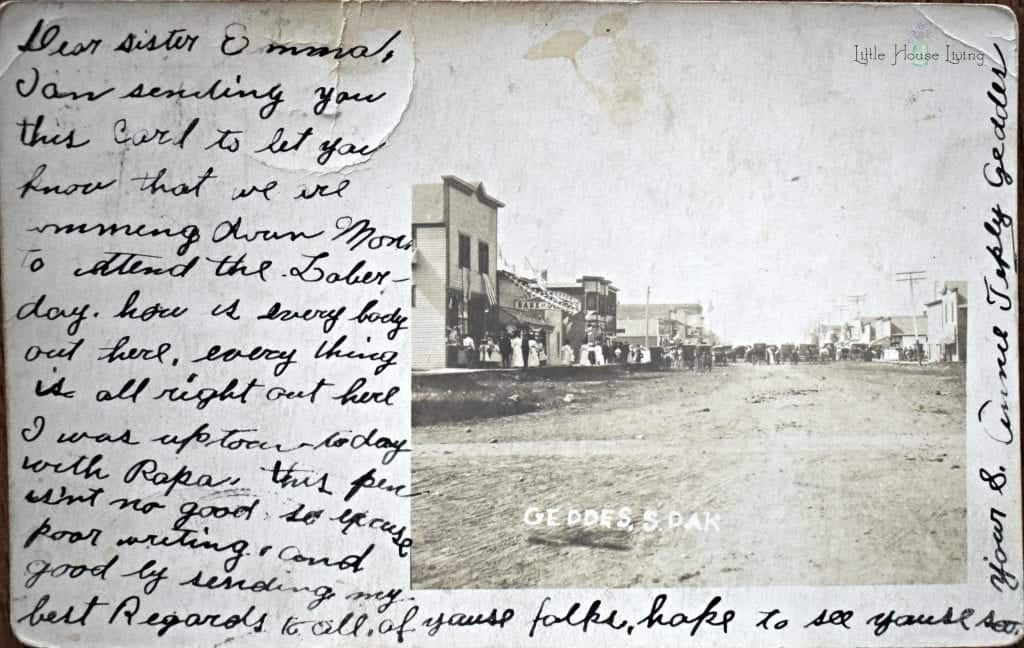 Mary especially liked to ride horses and she and her cousin who lived across the pasture from our farm would ride together. They called themselves “famous cowboys”. Sometimes they would pick chokecherries and eat them while riding. They would come home with a purple mouth and teeth. My girls were never a problem for me and I liked to sneak them a few pennies from my egg money for treats, but I usually had to pay for the groceries and had little left.

Ruby was always a business girl and got a job in the post office while going to high school. She worked through the year and through the summer, staying in town.

My husband had loaned a man money. Time were hard and the man could not return the money so we “inherited” his farm. It was about 8 miles southwest of town. We lived here until we decided to semi-retire. Then we sold the farm and bought a place within walking distance of town. It was an 8 room house and here we had an indoor bathroom. This is where we lived until Frank died of liver cancer in 1956. My oldest sister, also a widow, came to live with me until I sold the place and moved to town to be near the girls. 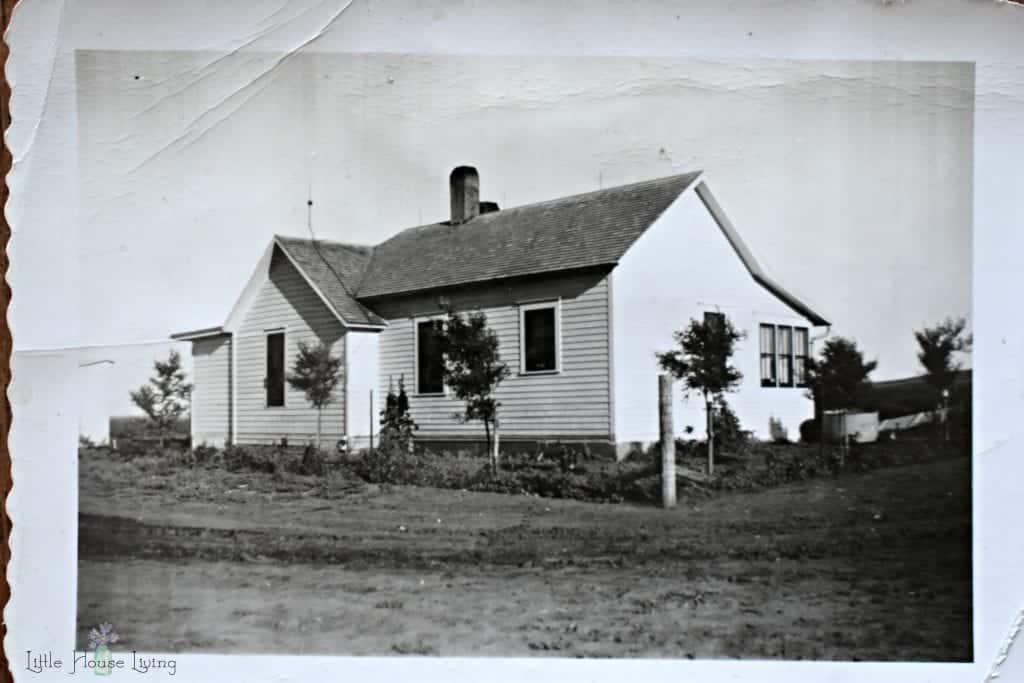 The girls both married. Mary became a teacher after 4 years of college. Ruby attended business school. She worked many different jobs before meeting her husband on a bus ride. They married and worked managing the local grocery store until the moved to the Black Hills. They had 2 children.

When I first moved to town, I was asked to babysit by some friends of my daughter. Thankfully they paid in social security for me and because of this, I am able to draw a small amount now. My husband never paid anything because it was not required and he didn’t believe in “handouts”.

As for the person I am, I think I was always kind of shy. I always believed “do unto others as you would like them to do to you”. I like to get out and have worked with the Ladies Aid for many years. I have a telephone now which I enjoy. Most of my greatest joys was to have company and I always tried to have some food on hand. One should never feel that what you have is not good enough or nice enough because your company enjoys it anyways and remembers it.

I will now close the story of my life by saying, “God bless you all”. 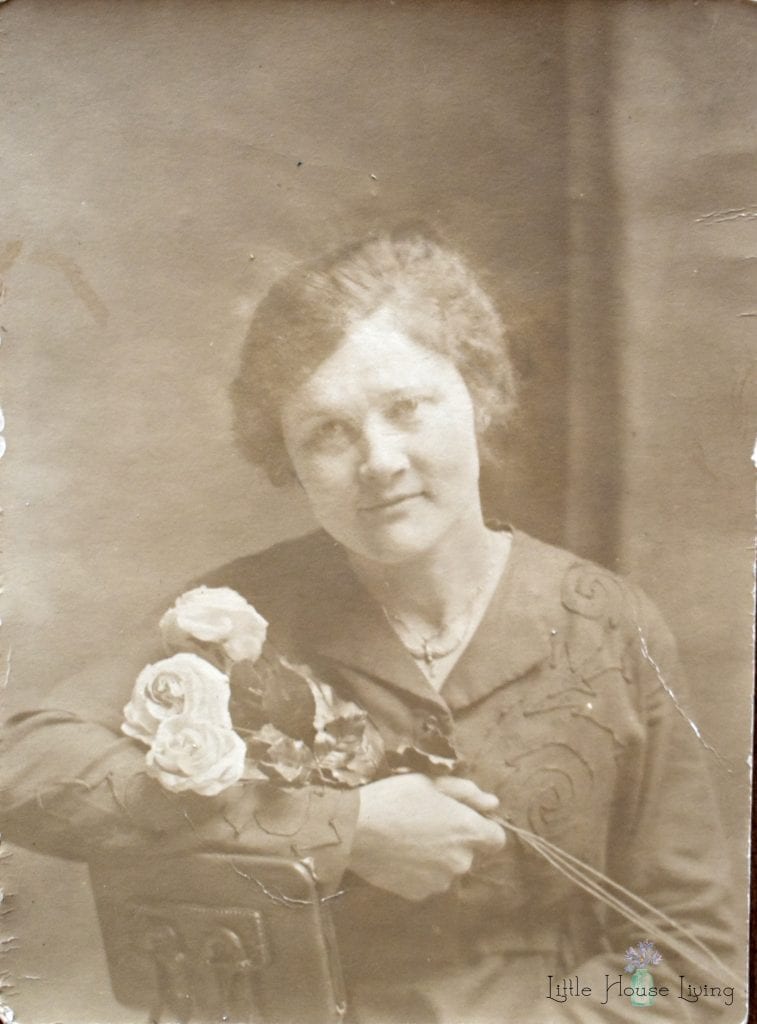 Anna was a real person, my great-grandmother. Her daughter Ruby, my grandma, asked her many times during her life to write down her story or record it but she said she never felt comfortable doing it. This story was found in her belongings after she passed away.

During the spring of 1974, she began feeling ill. Surgery was done and stomach cancer was found. The doctor told her to go home. She felt well for most of the summer but began feeling ill again in the fall. She passed away on October 19, 1974.

Her daughter Mary taught school for 40 years and passed away just a few years ago. Ruby, my grandma, is 95 years old and she is the one that asked me to type up this story as well as her own to make it more readable and able to be shared with others.

Although Anna passed away before my time, I’ve always heard wonderful stories about this amazing and courageous woman who was dedicated to her family, could run her farm by herself, and she was loved by those that knew her. I was thrilled to be able to read her handwritten story. I’m thankful and proud to come from a line of strong women that I can look up to as I walk through this life.