Welcome back to another farmhouse renovation post! We took a large break in our renovations after we brought Little Brother home and now are finally getting the chance to put on the finishing touches with the rest of the rooms. This week I’ll be showing you the dining room!

When we first looked at the house I was so excited to see that it had a formal dining room. That was something missing in all of the apartments, campers, and houses we lived in previous and since we have family dinners together every day this was a big selling point. Keep in mind…it was the idea of the dining room that was the selling point….not this…. 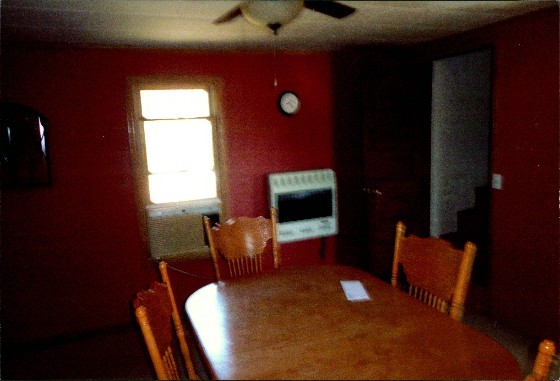 This dining room was a dungeon. It was dark. Had one window (which the previous owners had a window air in so it let in even less light). And it contained a non-vented wall furnace. You might know that as a typical garage heater, it’s not meant to be in a house! There was a pellet stove in the house as well but it wasn’t in great shape and the previous owners were not using it, they were only using this garage heater to heat the house. Without it being vented to the outside there was a high risk of carbon monoxide poisoning. It was not something I planned to keep in here after the renovation. 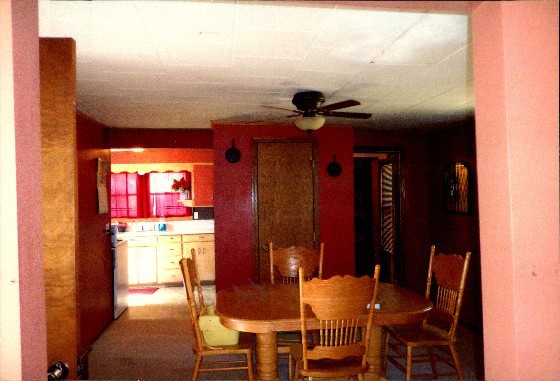 If you remember from the kitchen renovation pictures, the door to the pantry originally opened into the dining room as you can see here. To the left you can see the kitchen and to the right is the bathroom. You can really tell how dark it is in here. The floor has a really dirty carpet that really needed to go. 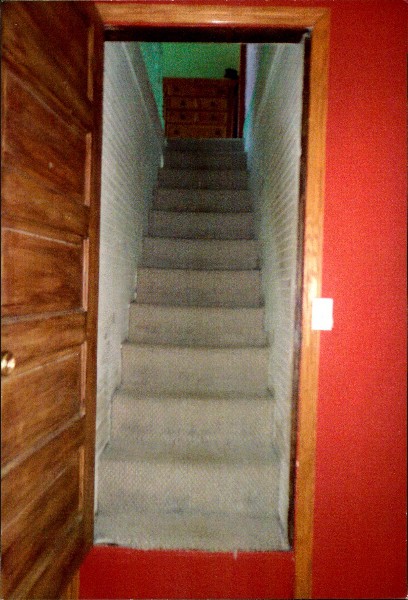 This was the staircase when we bought the house near the north wall in the dining room. It was narrow, dingy, and very old farmhouse vintage. Someone tried to make it better by adding carpet which really just made it worse. It needed some serious love. 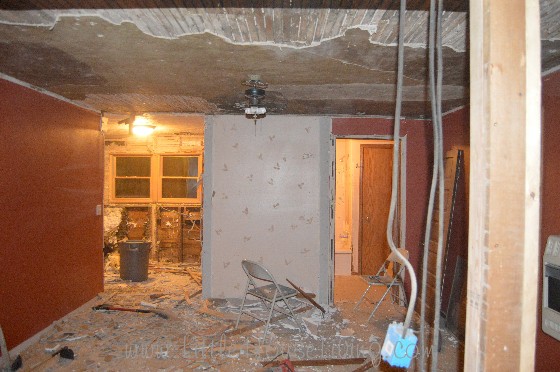 Two of the walls in the dining room actually had been sheet rocked so that saved us a bit of work! Again, if you remember from the kitchen renovation post, we tore out the entire pantry to make it walk in instead of shelves so in this picture you can see the dining room as a whole without the pantry. The ceiling tiles in this room has been water damaged at some point and were sagging. We tore them out to find plaster. 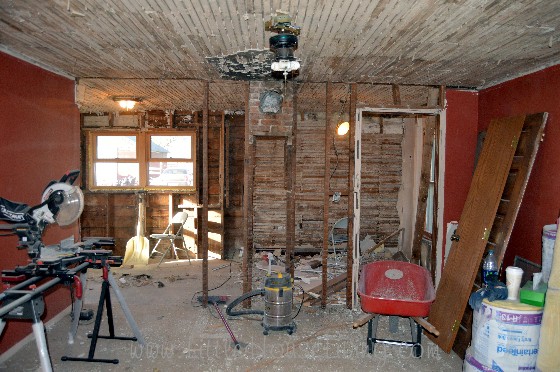 This is the dining room with the west wall torn down to the studs. The west wall is where we found the old fireplace chimney and we found evidence of a fire or at least some kind of severe smoke in the past on the ceiling. After we tore the plaster out of the ceiling we realized that was as far as the damage went thankfully. 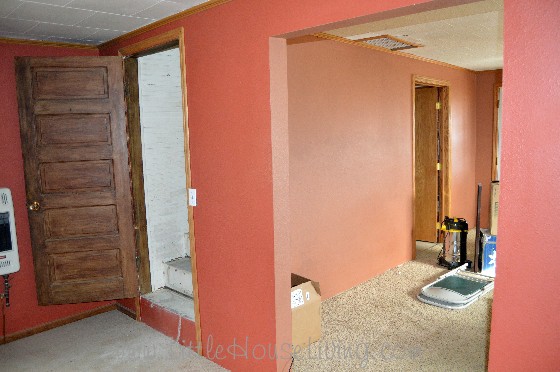 One more before picture in this room…this was another view of the stair case and the dining room/living room walls before their transformation. 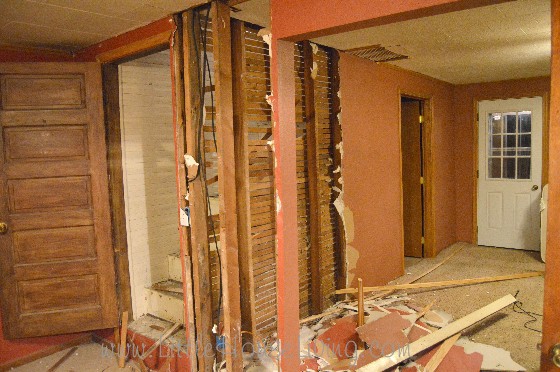 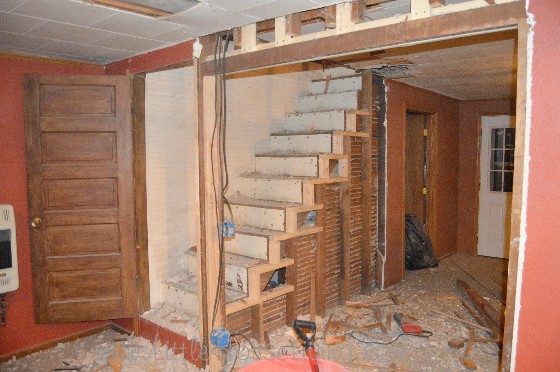 Starting to look better! Opening this up not only brought so much light into the dining room/living room but also made the house much more efficient to heat as the heat can now rise much better into the bedroom upstairs. We were also able to widen the stairs at this point. 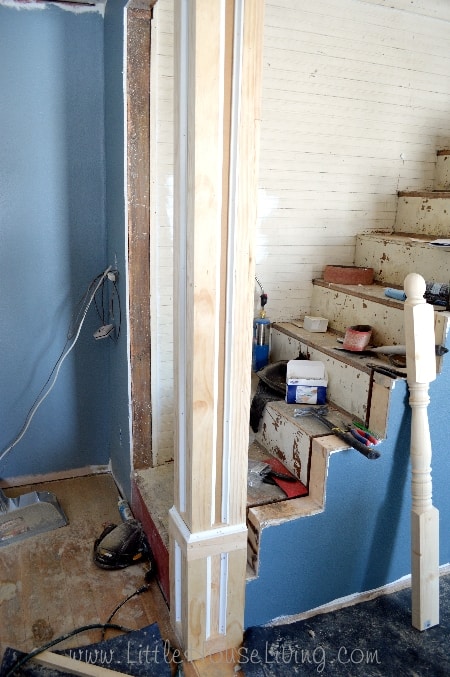 And in this pic you can see a few things. First of course is the column going up! My hubby created beautiful columns to reframe the opening from the living room to the dining room. You can also see the floor minus the dirty carpet! The original wood floors underneath were in great shape.

Make sure you check out all the after pictures here!