You are here: Home / Frugal Living Tips / Making the Most / 20 Hydrogen Peroxide Uses For Home And Body 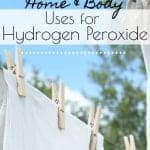 Hydrogen peroxide is one of those household products that so many of us have in our bathroom cupboards, but few of us actually know what to do with it. Well, that’s about to change! Here are 20 hydrogen peroxide uses you’ve probably never even thought of!

What is Hydrogen Peroxide?

Hydrogen peroxide is a naturally occuring chemical compound consisting of two hydrogen molecules and two oxygen molecules. So it’s basically water with an extra oxygen molecule (H2O2). But does that mean it’s safe to use?

1. Whiten Clothes. Add 1 cup of hydrogen peroxide per load of white clothes to get them extra bright. Get more tips on Frugal Laundry Methods here.

2. Detox Foot Bath. Add 1 cup of hydrogen peroxide to your warm water foot bath to draw out toxins. It will also help with any foot fungus issues.

3. Prevent Infections. Soak any wound in hydrogen peroxide several times each day. If the wound is smaller, apply the peroxide with cotton balls.

4. Keep Canker Sores Away. Are you prone to canker sores like I am? (Especially in the summer!) Use hydrogen peroxide as a mouthwash and watch them heal faster.

5. Make Toothpaste. Use hydrogen peroxide and baking soda to make a paste and use it as a toothpaste.

6. Keep Your Toothbrush Sanitized. Dip your toothbrush in a hydrogen peroxide solution after use to keep it clean and get rid of bacteria.

7. Lighten Hair. Want to lighten your hair without using harsh chemical dyes?  Put a little hydrogen peroxide in a spray bottle (half water half peroxide) and spritz on your hair when wet. Comb it through your hair and it should give you some nice highlights once dried!

8. Glass Cleaner. Mix one part hydrogen peroxide with three parts water and put it in a spray bottle. Spray on windows and mirrors and use it as a glass cleaner. No streaks! Find more Homemade Cleaners Recipes here.

9. Rinse Agent. Add a bit of hydrogen peroxide in your dishwasher to use for a rinse agent.

10. Clean Mold. Have a mold issue somewhere in your house? Clean it with a rag doused in hydrogen peroxide. The mold will go away and the area should become semi-resistant to it coming back. 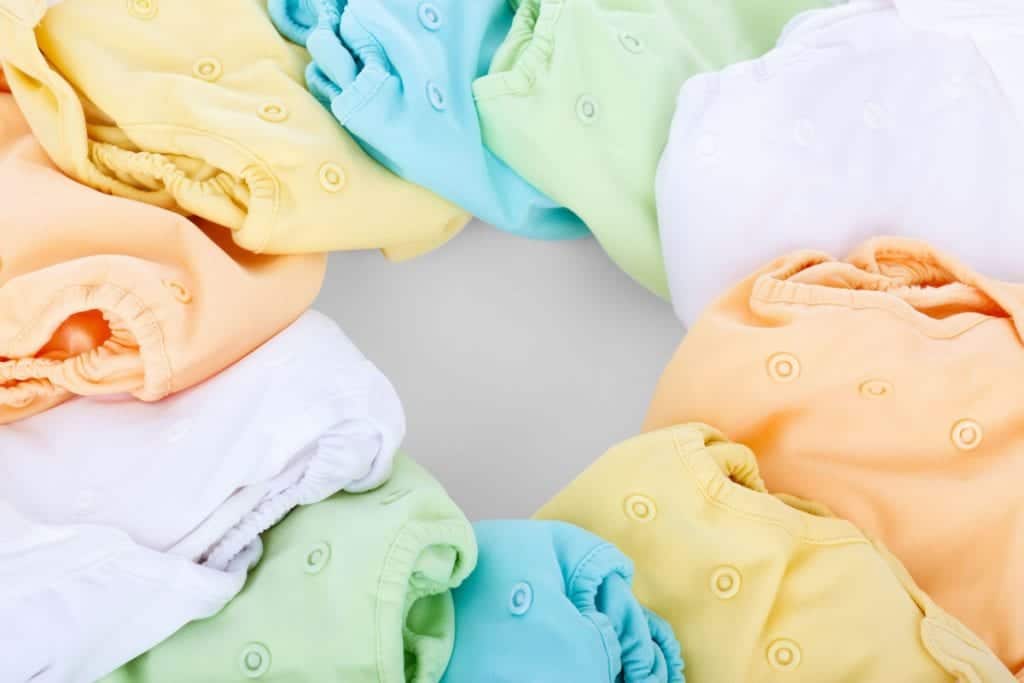 11. Stain Remover. Dab a small amount of hydrogen peroxide on a clothing stain before you put it in the wash to remove stains. You may want to try this on a small area of the clothing first before using it on a large spot, just in case.

12. Prolong the Life of Veggies. Use 1/4 cup of Hydrogen Peroxide in a sink full of water and soak veggies and other produce for about 15 to 20 minutes to clean and help preserve the freshness of the produce. Rinse well before eating.

13. Sprouting Seeds. If you are trying to get some seeds to sprout add 1 teaspoon of hydrogen peroxide to one pint of water and soak seeds over night. Rinse off the next day. This should help your seeds sprout faster. Learn how to Start Seeds Indoors here.

14. Acne Treatment. Dab a little hydrogen peroxide on a pimple to help clear it up faster.

15. Finger Nail Whitener. To make your finger nails whiter, soak them in Hydrogen Peroxide or use a cotton ball and rub the peroxide on your nails.

16. Soften Corns and Calluses. Soak your feet in a mixture of warm water and hydrogen peroxide and the corns and calluses should soften.

17. Ear Infections. Place 5 drops of hydrogen peroxide in the affected ear(s). Let it sit in the ears for a few minutes, then allow it to flow out. Repeat 3 or 4 times a day for a few days until the ear infection is gone.

18. Toothache. To help relieve some of the pain from a toothache, hold hydrogen peroxide in your mouth for 10 minutes before rinsing out.

19. Clean Grout. To clean up grubby grout, make sure the area is dry and then spray hydrogen peroxide on the grout. Let it sit and soak in for a few hours before scrubbing it away with soapy water.

20. Cutting Board. Spray hydrogen peroxide on your cutting board after washing off the board to kill any remaining germs.

Remember to make sure that any hydrogen peroxide used on your body and on your food is “food grade.” Even so, it’s still not safe to ingest it so stick to using it externally and if using it in your mouth, just always be sure to spit it out and rinse your mouth after.

Looking to make the most of some other common household items? Check out these articles!

Plus find even more uses for everyday household items on our Uses For page!

What do you use hydrogen peroxide for? Let me know in the comments.

This blog post on 20 Hydrogen Peroxide Uses for Home and Body was originally published on Little House Living in October 2013. It has been updated as of April 2019.